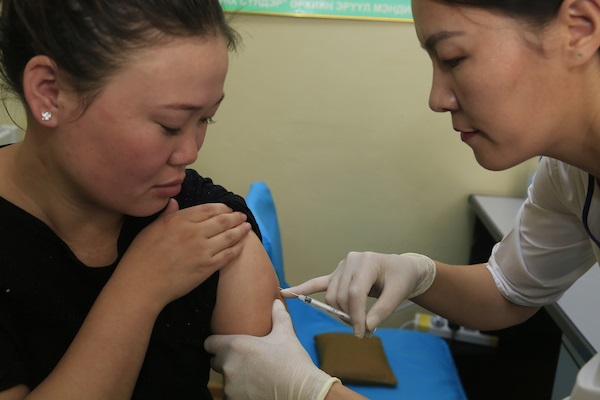 The development of a universal influenza vaccine has long been a public health goal, but it has thus far proven elusive. The April announcement of a Bill & Melinda Gates Foundation and the Page Family (Larry Page, co-founder of Google) $12-million funding opportunity for innovative approaches to the development of a “universal” flu vaccine is not only a welcome infusion of funds into the field, but reflects renewed and increased commitment to finding a better way to prevent a major cause of death and illness worldwide.

That the timing of this new funding opportunity coincides with the centenary of the devastating 1918 influenza pandemic is no surprise. One hundred years after the 1918 pandemic, influenza remains a major cause of disease, killing between 290,000 – 650,000 people globally and afflicting millions of others each year. While vaccines have been available since the 1950s, they remain underused in most parts of the world.

When developed, a universal influenza vaccine would protect against all influenza viruses – both seasonal and pandemic strains – and would be given once every few years rather than annually. The need for a better vaccine was especially apparent this last flu season, in which an influenza A strain caused substantial disease and deaths worldwide, while the vaccine proved to be only modestly effective. In addition to the dangers of annual seasonal flu, the threat of avian and swine flu viruses mutating into the next pandemic virus makes the need for a universal influenza vaccine even more urgent.

While a universal flu vaccine is important for flu prevention, it’s equally critical that a country’s health system is ready to deploy it. The Task Force’s Center for Vaccine Equity (CVE) is addressing both needs by focusing on two strands: “upstream” innovation for influenza vaccine development and “downstream” delivery to help countries shore up their health systems to efficiently and effectively deliver vaccines during epidemics and pandemics – involving flu or other pathogens.

At the “downstream” end, CVE manages The Partnership for Influenza Vaccine Introduction (PIVI), a public/private partnership among ministries of health, vaccine industry, and global public health partners including The Centers for Disease Control and Prevention.

PIVI works with 15 low- to middle-income countries in areas ranging from technical assistance to supporting vaccine delivery with the goal of creating sustainable, routine seasonal influenza programs. Robust national programs not only prevent deaths each and every year, but also build country capacity to deliver vaccines during epidemics and pandemics – whether for influenza or other pathogens. Laos, the first country partner for PIVI, is set to “graduate” from the program in 2019, at which time influenza vaccination will be a national program fully supported by the national government. Beginning in 2014, PIVI helped Laos establish its influenza program with technical assistance and support through vaccine donation and delivery. Over the course of the partnership, the Ministry of Health and PIVI have successfully increased understanding of and acceptance of the vaccine. Additional PIVI partner countries are set to “graduate” from the program in the next two years.

Vaccines against influenza will continue to be an important public health tool in the coming years, as they have been for the past several decades. But to achieve the goal of better influenza prevention and control, we will need both more effective vaccines and country health systems adept at using them quickly and efficiently during annual epidemics and pandemics.

Amanda Bolster
Amanda Bolster serves as Associate Director of Development and Partnerships at The Task Force for Global Health, where she focuses on engaging new partners in the innovative work of the Partnership for Influenza Vaccine Introduction (PIVI). 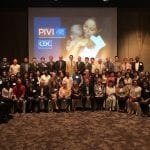 Success Story: Vaccination of Healthcare Workers in Vietnam with Seasonal Influenza VaccineStories of Our Work