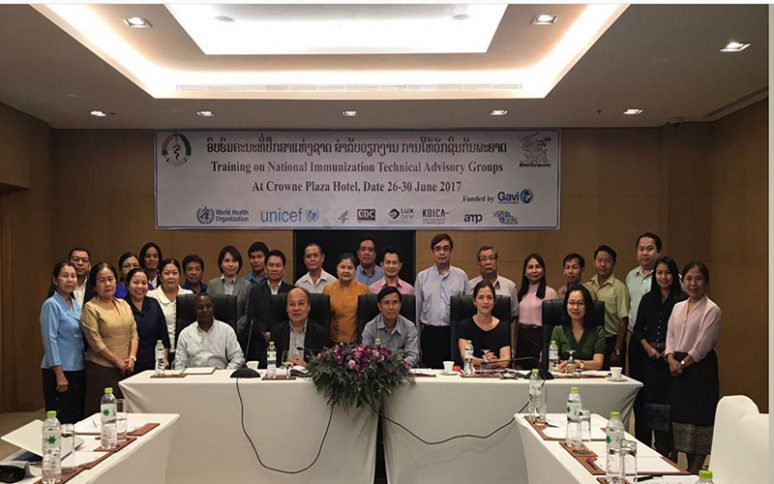 There are many diseases that cause significant health burden every year and new vaccines are available to prevent an increasing proportion of this disease burden. Countries want to be able to use these vaccines to keep their citizens healthy. But in a world of competing priorities and often not enough resources, how do countries determine what vaccines to give? NITAGs, or National Immunization Technical Advisory Groups, are independent committees of science experts that help country ministries of health make effective policy decisions about which vaccines to implement when.

The World Health Organization’s Global Vaccine Action Plan has called for all countries to have their own NITAGs, or to be part of a regional NITAG, by 2020.[1] Strong NITAGs can be powerful forces that direct country vaccine policy to inform the government. The country’s federal government has the final authority to approve or reject NITAG suggestions.

PIVI supports the strengthening and development of NITAG activities as part of its technical assistance in several countries. Through this work, we not only help determine viability for new vaccine programs, including seasonal influenza, but we also help countries respond to the emerging disease threats, such as pandemic flu and Ebola, where emergency vaccination might be indicated.

PIVI is undertaking this work because NITAGs are incredibly important. They have a responsibility to balance the potential harm of a vaccine with its potential benefits. The big question NITAGs help countries answer is also the most fundamental: Should country programs use X vaccine to prevent Y disease?

This question is not always easy to answer. Implementing a new vaccine in a country takes a tremendous amount of time and effort, and there are auxiliary expenses like supply chain (think trucks and refrigerators and to transport and store the vaccine) and regulation compliance fees to keep in mind with every new vaccine program.

So, the members of NITAGs get together and read over the scientific literature on a particular vaccine. They focus on scientific studies from their country or region as well as regional and global data and ask:  Based on the evidence available to us in these studies, is the vaccine safe? Is it likely to cause severe allergic reactions? Does the vaccine actually prevent disease? Is it cost-effective? Are people likely to actually get the vaccine? The NITAG provides their recommendations to the government and if they agree with recommendations to introduce a new vaccine, the government will then decide if the country afford it at this time.

NITAG members compile the answers to these questions into reports that they present to their country’s federal government for consideration. A NITAG may or may not recommend that its country implement a vaccination program, based on their findings,

Flu vaccine programs can be particularly tricky to implement. Because the influenza virus can change from year to year, the vaccine must be manufactured and given every year to keep people protected. Annual flu vaccine effectiveness, while good, is not as consistently reliable as other vaccines such as those for measles and rubella. Those vaccinations need only be given once or twice, and people are considered to be protected for life. While flu programs might not be as effective or cost-efficient as others, they are vitally important. Flu kills between 250,000 and 500,000 people around the globe each year, and the number of people that become ill is in the millions. A flu that becomes a pandemic could kill millions of people.

A fully functioning NITAG features experts from several related fields—obstetricians, public health professionals, immunologists, clinical doctors, supply chain pros—who all offer their perspectives and help the group reach balanced decisions as they review the research and the evidence it presents. The balanced, evidence-based perspective offered by NITAGs protects country governments from special interest groups that would advocate for or against the implementation of a particular vaccine. WHO recommends that government employees, vaccine manufacturers, and stockholders in vaccine manufacturing companies not serve on NITAGs, but they present their data to the government for consideration and final decision making.

NITAGs help create life-saving policies and also update and revise policies, as needed. Through research and data collection supported by NITAGs, we know today that oral polio vaccine (OPV) can actually cause polio in some cases.[2] During the summer polio epidemics in the United States in the 1940s and 1950s, the risk of acquiring “wild” poliovirus was much greater than the risk associated with the OPV vaccine.

Today polio has been eradicated from almost every country in the world. “Wild” poliovirus is nearly non-existent, but there is a risk of reintroducing polio into a population through vaccination with OPV. NITAGs in a number of countries around the world examined the situation and made recommendations to use sequential schedules of inactivated polio vaccine (IPV) followed by OPV or an all IPV schedule to eliminate vaccine associated paralytic polio.

Similarly, the NITAG Flu Working Group in the United States, managed at the Centers for Disease Control and Prevention’s Advisory Committee on Immunization Practices (ACIP), realized that the nasal mist form of the seasonal flu vaccine was close to 0% effective this year and in previous years.[3] The ACIP has not recommended the nasal flu vaccine in its flu prevention directives this year or the previous year, although the nasal form of the vaccine is still available for those who wish to receive it.

NITAGs can be powerful forces for public health policy. But, NITAG members need to be trained on how to serve effectively on the groups. This is where PIVI comes in.

PIVI helps coordinate or facilitate general NITAG training, which teaches NITAG members to work together as a group. During this training, NITAGs learn to run effective regular meetings in accordance with established policies, to have work plans, conflict of interest policies for members, to make impartial decisions on which articles to review for a particular report, to review literature quickly and effectively, and to write in the style and manner that such reports require.

In addition to general NITAG workshops and consultancies, PIVI also helps coordinate workshops specifically on flu and flu vaccines through NITAG Flu Working Groups. This additional capacity building teaches NITAGs to evaluate the evidence on the benefit and harm of using seasonal influenza vaccines in their populations or in particular risk groups in the population such as pregnant women and healthcare workers. Flu is one of the hardest diseases that NITAGs will work with because there is so much data out there about flu. Annual flu data and vaccine makeup data generate a great deal of research for NITAGs to sift through.

Some of that data is locked behind peer-reviewed journal paywalls, or out of reach to NITAG members who lack reliable Internet connections. PIVI team members work with NITAG teams to present annexes or dossiers of these essential, inaccessible flu studies and provide them to the country NITAGs.

The goal of NITAG training and Flu Working Group Training is to help countries take ownership of their vaccine and flu data. When countries know the story their own data is telling, they can more confidently decide what recommendations to give to the federal government—for flu vaccine programs or any other vaccination programs.

NITAGs are one piece of the foundation PIVI is helping to create for routine annual flu programs, as well as strengthening vaccine delivery systems to respond to influenza pandemics and other infectious disease threats.

Jane Seward
Jane Seward is the Consulting Technical Adviser for the Partnership for Influenza Vaccine Introduction, with a focus on assisting partner countries as they improve their National Immunization Technical Advisory Group (NITAG) capacity to make evidence-based vaccine policy decisions. She has extensive experience in academic epidemiology and public health, and spent 20 years at the CDC working in vaccine preventable diseases, vaccine programs and vaccine policy development. 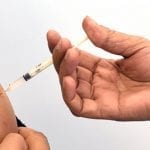 Powerful PartnershipsStories of Our Work 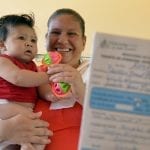